Time travel + Jane Austin + mystery + history, seems an impossible combination but Pajer did it in The First Time.

I couldn’t put down. I haven’t done that since the Harry Potter days. My urge to know what the main characters will do and if there will be a happily-ever-after overrode my biological needs. If I were a faster reader, I’d finish it in one shot.

Unlike many time travel tales, all the time-related rules/issues where intertwined with the story itself, not explained by breaking the flow of the story. (The other no-questions-left unanswered time-travel novels are Blackout/All Clear by Connie Willis.)

I also like that there wasn’t any graphic scenes some romance novels have, it’s healthy to leave room for the imagination. Also, the ways Ivy and Harrison act and think (i.e. not jumping into bed the first chance they got) reinforces their backgrounds, eras, and personalities well.

Besides the romance, I learned some history of South Africa and what it would’ve been like in the early 1900s.

The story resolution was surprising and satisfying, no blazing time-travel story black holes.

If you like The First Time because of the science aspect, I also recommand her earlier works, Professor Bradshaw Mystery series. Bradshow is a professer of electrial engineering at the University of Washington in the early 1900s (when common folks didn’t know much about electricity). He investages many electricity related cases. 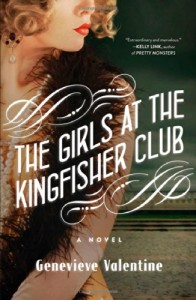 If you have sisters (or sister-friends) you would protect with all of your fierceness, I recommend The Girls at the Kingfisher Club by Genevieve Valentine.

The selfless actions of Jo, the oldest girl, moved me to tears by reminding me of how I am protected and how I watch over the younger ones. When all the girls were forced to seize their freedom, we began to see what they are made of. And in the end, we know they were survivors, they gained their freedom and found their true-selves.

Jo, however, needed to adjust to the revelations that her sisters were much more than she thought and no longer the little kids to hover over. They each have the talents and capabilities to make their own ways. This was the lesson I’ve learned a while back.

And because of that, I no longer dispense unsolicited advice. Beside the fact that it was only a bad habit to boost my ego (thinking that I know better how to live their lives than they do), I also would never suffer the consequences of my weightless words.

Now I trust my love ones to make their own ways. I believe they have the wisdoms to be their best selves and are smart enough to ask for help when necessary.

Genevieve painted a world long ago but touched a part of something everlasting. Read this for the sisterhood. Read it with your sisters. 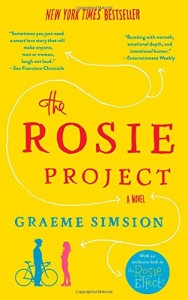 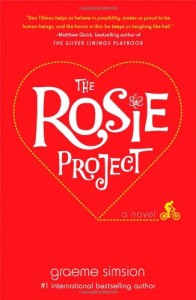 But why? Let’s try something, trust me it wont’ hurt.
Don’t think of the pink elephant.

Are you NOT thinking of the pink elephant? Of course you are. That’s why suppressing negative thoughts doesn’t work. You see, for us to NOT DO something, we first have to FOCUS on the something for us to not do. There is no way our minds can get away from it.

So, what can I do to be happy? Prof. Wiseman provides the solutions in the “Happiness” chapter of 59 Seconds.

The 5-day journaling method is my favorite, being a writer and all. Each day, he gives you something to write about. You only need to write for 59 seconds but I just wrote until I felt like stopping. He says the happiness will last a few months and it does!

Before my first entry on 7/25/11, I was frustrated with myself and how things in my life just won’t move forward. Now, almost 2 months later, the frustration hasn’t returned, even though things are still moving in a leisurely pace.

59 Seconds to Happiness? Yes, it can happen!