While learning The Bengston Energy Healing Method®, I found out how this healing energy can be stored in water (i.e. by charging water), and when tested with a pendulum the direction of spin can be detected. It sounded very much like what I’ve learned about Qi in Dr. Si-Chen Lee‘s book, Scientific Qi Gong (科學氣功).

In the book, he concluded that Qi is also a Torsion Field force. And in order to benefit from the special characteristics of the Torsion Field in charging water and other chargeable organic medium, I watched Dr. Lee’s talk about Qi and Torsion Field (氣與撓場 in Mandarin Chinese). This is my best attempt to share what I’ve learned with non-Chinese speakers.

In the Chinese culture, Qi is the most basic element in the Universe, and everything is the result of the changes in Qi. When applied to the physical body, Qi’s movement is the source of our living energy.

In Chinese language, Qi is used with plethora of words to describe the quality of nature, physical/mental states, personalities, even cultural characteristics.

The ancient Chinese somehow knew about the special qualities of Qi. Water absorbs Qi and Wind/Air scatters Qi. And they applied them as the basic principles of Feng Shui (Wind Water).

Qi Gong is the practice of adjusting breathing and mindful movements to achieve a smooth flow through all meridians every 24 hours, delivering healing instructions (from the genes’ innate intelligence) to help your body heal itself.

What is a Torsion Field?

Torsion Fields were discovered by the Russian professor N.P. Myshkin in the late 1800s and detected by Russian scientist Dr. N.A. Kozyrev. Since it is not gravity, electromagnetic force, strong force, nor weak force, a Torsion Field is also called the “fifth force”.

Gravity is the effect of the curve of space-time caused by the presence of a mass in motion, not an actual force. Due to the complexity in the math and the near zero influence, rotation is ignored in Einstein’s theory of general relativity. In 2011, NASA proved the existence of this rotation in space-time (frame-dragging).

The same principle applies to everything. But we can’t see the Torsion Field in everyday objects because their atoms are usually in a state of disorder in which their Torsion Fields cancel each other out.

The combination of self-spinning and rotation can create a dynamic Torsion Field that can propagate and can produce a wave in time. When a self-spinning object is in a frame-dragging space-time, and its Torsion Field is at a certain non-zero value, the object may behave like a particle in the quantum state, with a self-spin that switches between up and down.

The Special Qualities of Torsion Field

Proving Qi is a Torsion Field

Dr. Lee first used the Torsion Field Generator to project the energy into water. He measured the changes in the size of the water molecule cluster before and after receiving the Torsion force. The results showed that the energy breaks up the clusters into smaller ones. He also noticed smaller changes in cleaner water.

From previous experiences, Dr. Lee knew that crystal energy and Qi share the same characteristics. So, he projected crystal energy though different filters and detected the changes with the help of an energy-sensitive person.

In the end, Dr. Lee proved both energies were not affected by aluminum. They were intercepted by water, as described in the Feng Shui principle.

(Note: I am sure there are mistakes both in my understanding and my translation, so please do more research on your own). 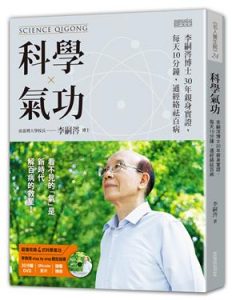 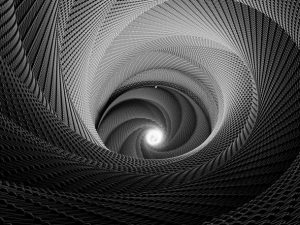